At the core of the EOS portfolio is a range of Remote Weapon Systems (RWS) developed to answer a wide spectrum of requirements, from providing self-defense for light tactical vehicles to medium caliber systems for armored vehicles. 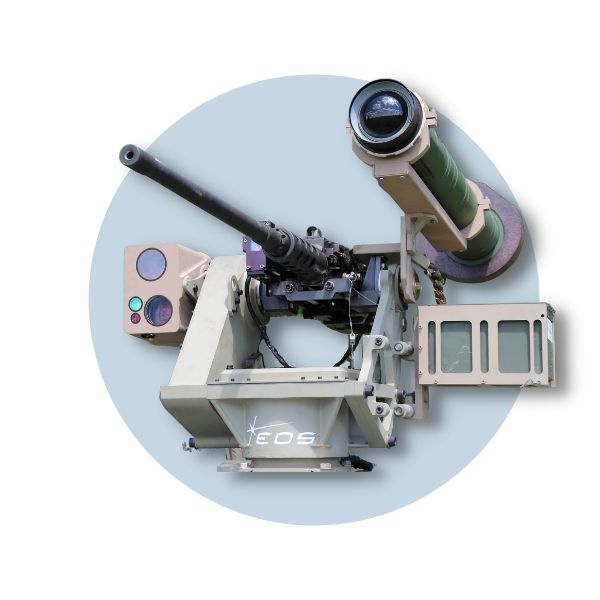 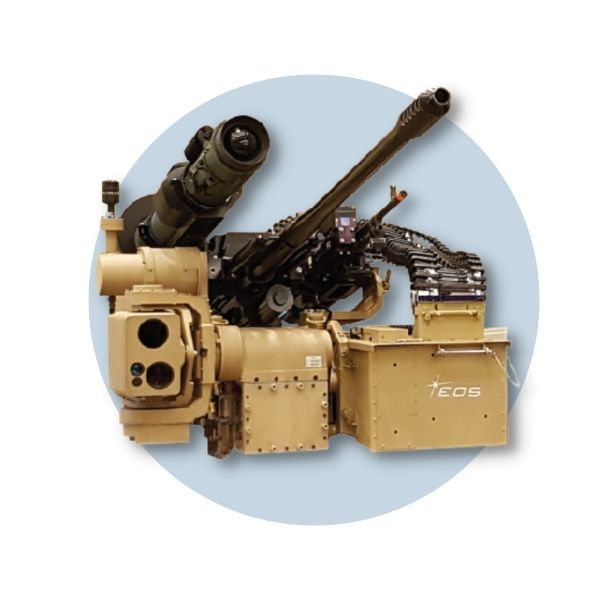 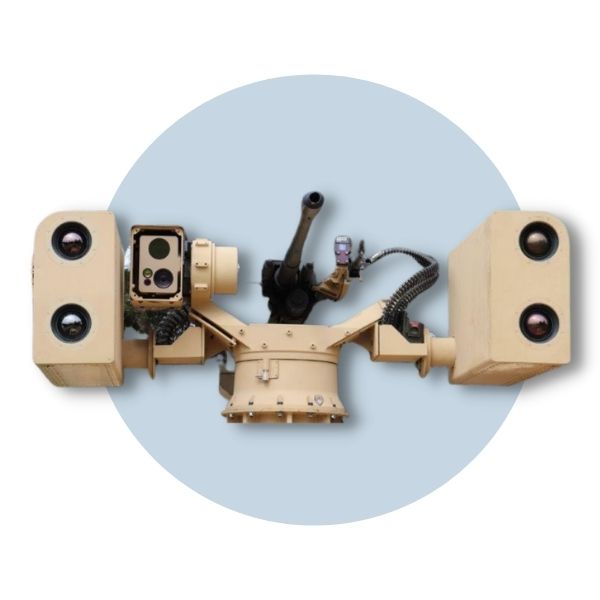 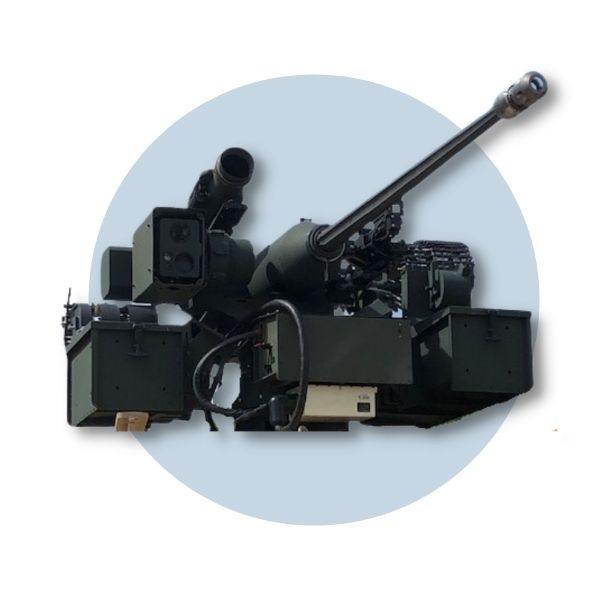 EOS is the only company in the world to offer an RWS able to mount all weapons ranging from 5.56 cal to 30x173mm cannon and shoot them precisely on the move over long range.

The R150S is the world's lightest gimbal capable of operating the .50 cal machine gun to the full extent of its capability. The RWS was developed to answer a requirement for a lower-weight unit that can be mounted on vehicles that have payload and roof loading limitations.

The R400 can be configured as a single or dual weapon system to operate a variety of weapons ranging from a M240B to a 30x113mm cannon. In a dual configuration it is equipped with the M230LF and 7.62mm MG (and optional missile) to provide significant and flexible lethality from a land or sea platform. Fully loaded, the system has an above-the-roof weight of less than 1,000lbs.

The advanced technology of the system combined with the 30mm M230LF cannon provides light vehicles with unprecedented access to firepower normally reserved for much heavier (armored) platforms.

The R400S is in service with the Australian Army and six other countries.

The R600S is capable of housing two weapons for maximum firepower, mission flexibility and responsiveness in operation. Compared to our lighter RWS products, the R600S has significant weight, power and data capacity for added effectors and enhanced lethality.

It integrates advanced surveillance capabilities including stabilized long-range sensors and battlefield sector scanning with up to 200 programmable target reference points for rapid engagement of possible targets directly from surveillance mode.

Twin automatic weapon configurations and single canon up to 30mm can be operated from the R600S. First-round hit probability is exceptional as the sophisticated ballistic solution takes into account weapons, ammunition, range, atmospheric environment; and vehicle attitude and target motion.

Like its lighter family members, the R600S is ‘plug-and-play’ compatible and is easily integrated with battle management systems.

The R600 Missile Carrier (R600MC) is the only Remote Weapon Station (RWS) that provides both medium caliber firepower and the added lethality of multiple anti-tank or anti-air missiles, all within a system that weighs less than 1,600 lbs.

The R600MC provides maneuver units the capability to effectively address any threat on the modern battlefield. Commanders can configure the additional missile pods to mitigate the most dangerous targets, while the standard medium-caliber main armament and sub-caliber coax provides vehicle commanders effective self-defense firepower. Additionally, the available fused 30mm rounds can also address special missions such as C-sUAS and targets in defilade.

The R800S is a heavy gimbal RWS that mounts the Bushmaster Mk44S 30x173mm cannon, plus mounting points for ATGM, Surface-to-Air Missiles (SAM) and additional effectors. Employing the same common interface as other EOS systems, the R800S is intended for customers requiring a lethality upgrade without compromising payload or making the extensive modifications required of a full turret system. The R800S offers protection levels from STANAG Level 2 to 4 and delivers turret-level direct firepower for 30% of the weight and cost.

The Titanis Counter Drone Defense System is based upon the proven EOS R-Series RWS, with direct energy, hard and soft kill capabilities, to provide a layered protection to UAS threats.

The solution enables identification and close combat against UAS targets; with both soft and hard kill capabilities, while providing the ability to operate under protection.

The cost of introducing the C-UAS capability is reduced, as the training, support and operation are all based upon the in-service R400S RWS. 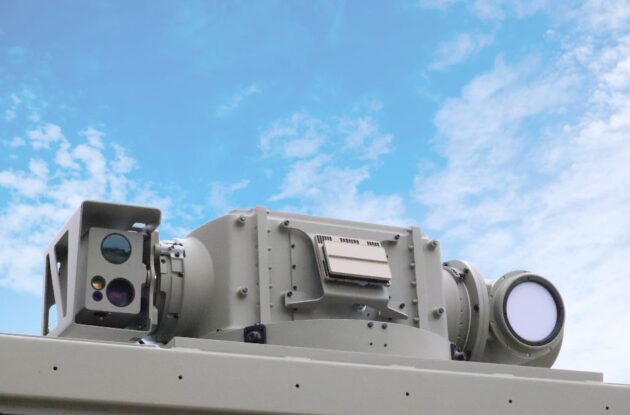 EOS’ Directed Energy (DE) system uses a powerful laser as the directed energy source. The DE system has been developed as an element of the EOS Titanis UAS defense system, and specifically to disable UAS in Groups 1, 2 and 3 and to neutralize sensors on UAS at long range.

The system is supplied with radar and infrared threat detection, fast-cuing algorithms, target acquisition and beam locking, and safety systems.

The DE effector complements kinetic effectors, such as guns and cannons, to overcome certain potential disadvantages of counter-UAS applications, including collateral damage caused by rounds flying beyond the target or engaging targets directly overhead.

The system can be made operational rapidly after transport, with onsite setup times of around three hours for experienced crews.

The Container Based Weapon System (CBWS) can be operated remotely via wire or wireless utilizing FM radios. This solution is lightweight, mobile, inconspicuous and can be networked to provide security and situational awareness for any sized installation. EOS's Fire Control System is ATAK and FAAD C2 Compatible.

This container platform can accommodate 5,000 pounds of payload. Operations can be conducted both with and without the trailer. This container can operate from shore power (110 VAC), optional rechargeable batteries or mobile electric power. 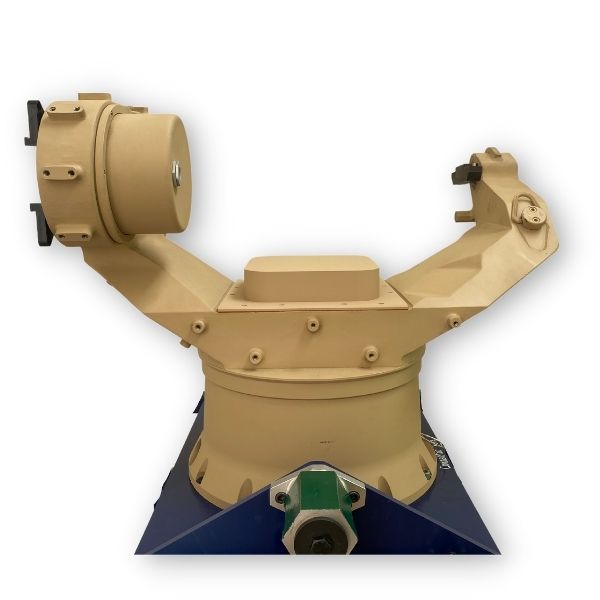 Each of the gimbals in the EOS family of products can be configured as a single or dual weapon system to operate a variety of weapons. Each gimbal can be controlled using an external fire control group, giving commanders customizable firepower for various mission profiles. EOS gimbals enhance weapon stabilization and performance.

The entire family of EOS RWS operate using the same model sensor. Alphanumeric and graphic target data is overlaid on the display unit, facilitating full surveillance and target engagement in both daylight and thermal modes. Eye-safe laser rangefinders provide accurate range measurement for engagement of vehicle size targets at ranges up to 10,000m. 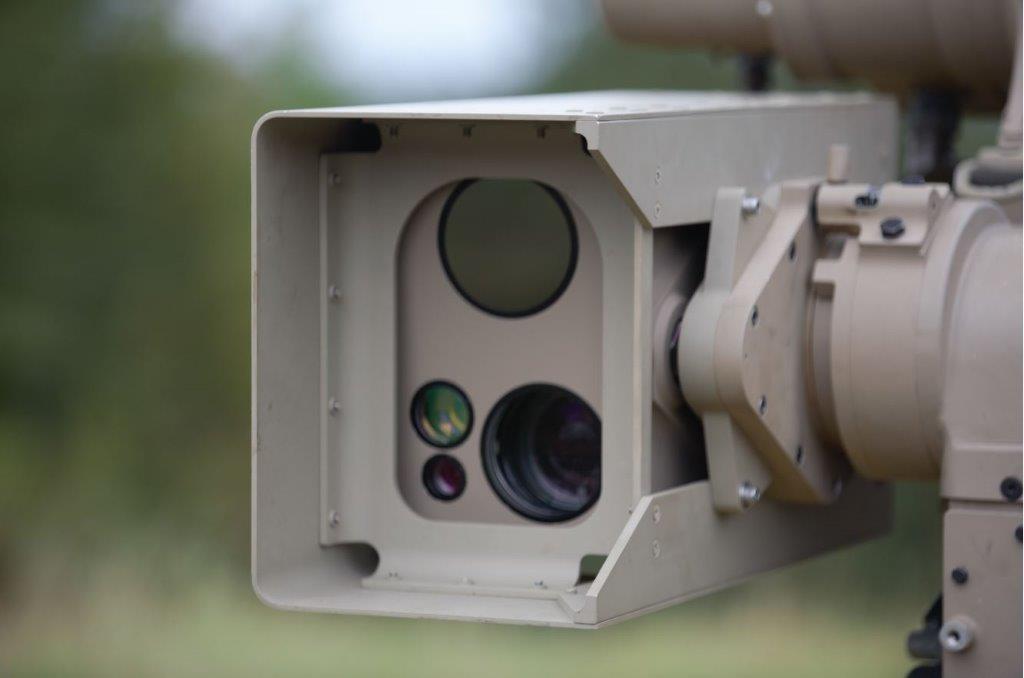 SEEING IS BELIEVING - COME VISIT EOS AT THESE UPCOMING EVENTS 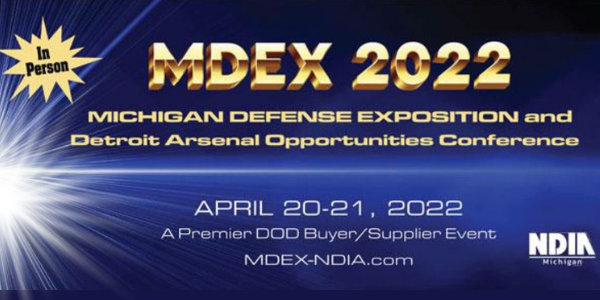 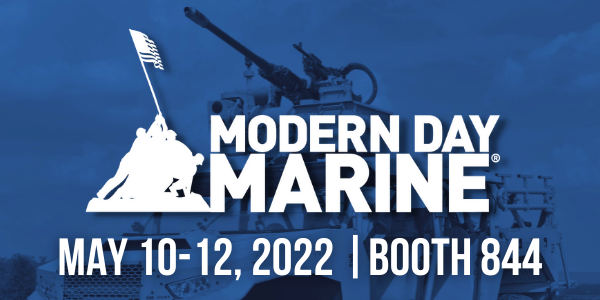 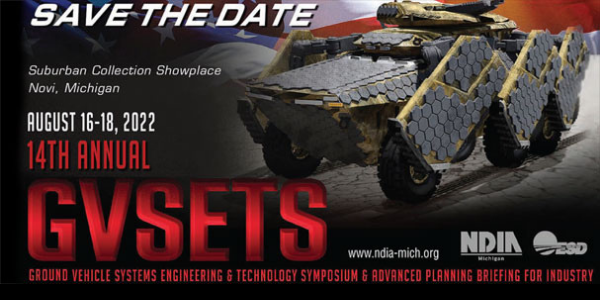 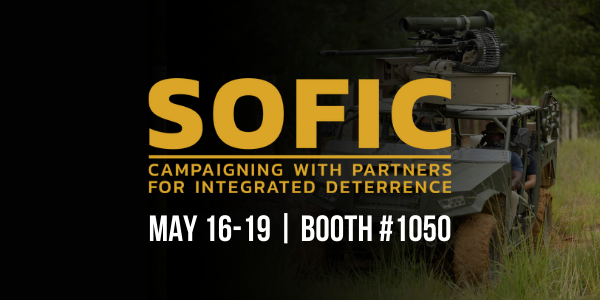 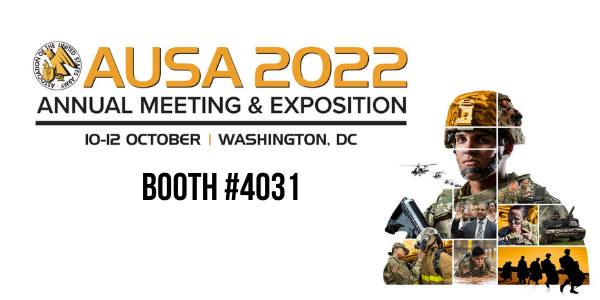