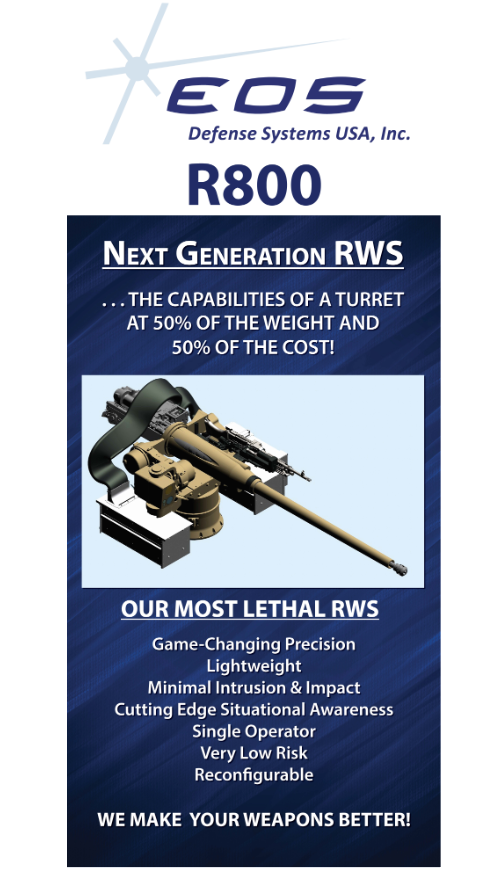 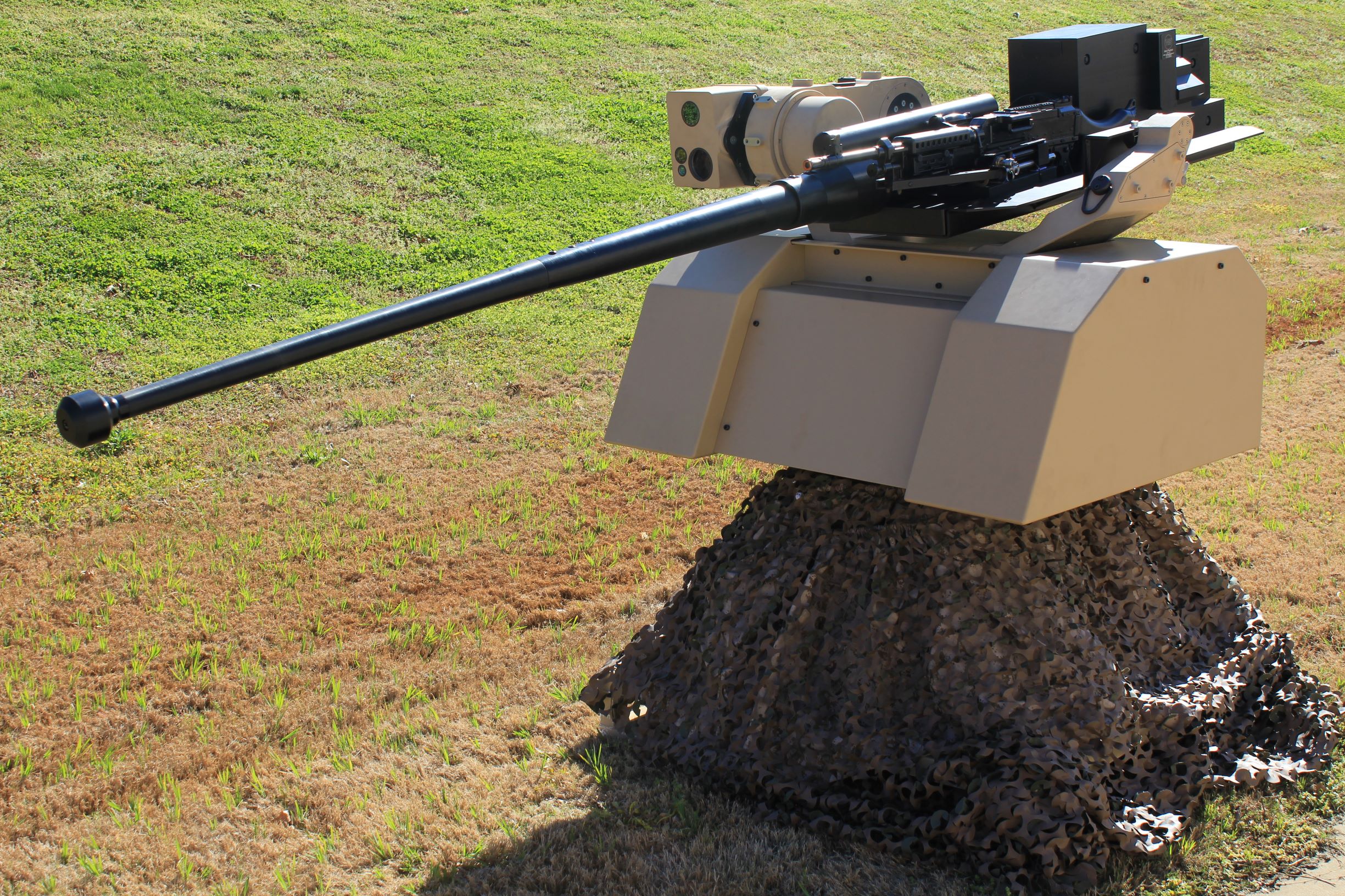 R800 - The Next Generation RWS

The global trend towards lighter RWS will increase as defense budgets contract and vehicles become lighter and smaller.  Future RWS will need to be lighter, faster, draw less power and allow for lower centers of gravity. They must also be inherently network-aware, wirelessly controlled, and inter-operable with many different third party accessories and performance multipliers.  They must have the capacity to mount heavy machine guns, electric chain guns, missiles and potentially less than lethal munitions for domestic use or in peacekeeping and border protection operations.

EOS Defense Systems, with assistance from the Australian Government, is developing a future generation of Remote Weapon Systems.  The aim is to develop a product that is significantly lighter than existing systems and much cheaper.   The new contemporary design will be scalable and networked to individual soldiers who will be able to operate the systems remotely from outside the vehicle or platform.  The reusable modular design of the systems will enable simplified and universal training and cheaper sustainment.

The systems will be designed and produced in Australia and will be easily adapted to existing EOS systems.  The first in the series of three new stations is expected to be available for service from late 2015.  The first system will be the R-400S, a light-weight stabilized system capable of mounting a 30mm link fed cannon.  Two other systems will be developed following the R-400S, these later systems will be much lighter than current models.  Each of the three new stations is based on the EOS reliable and highly regarded systems which have been instrumental in the success of ADF operations in Iraq and Afghanistan. 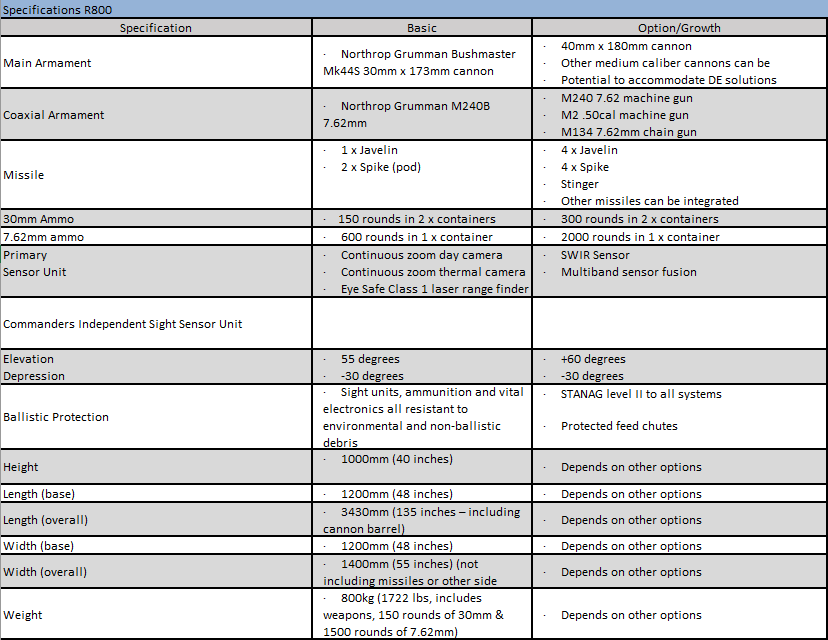