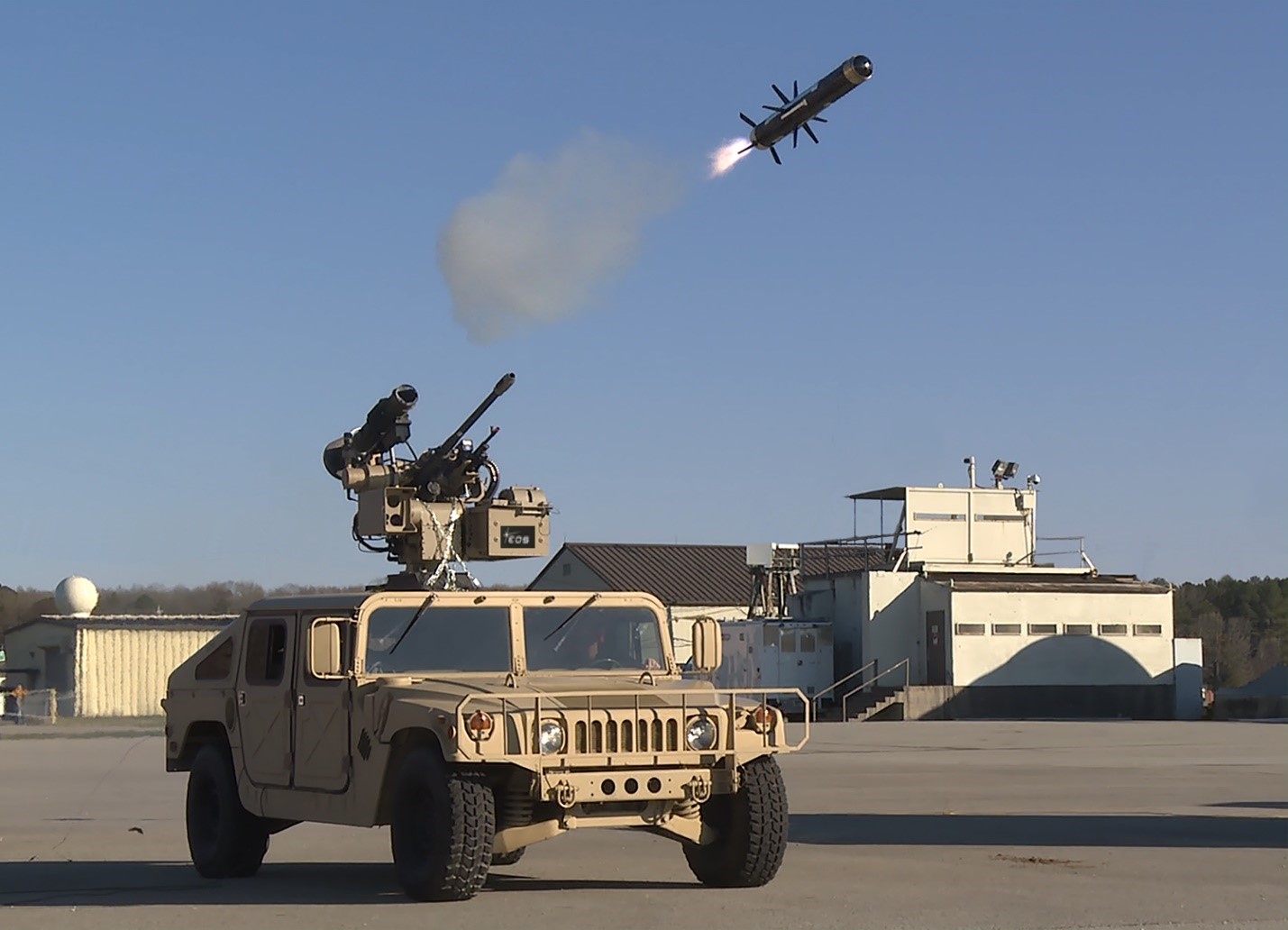 During the test, the team launched two Javelin missiles in between M230LF Bushmaster gun 30mm cannon fire volleys. Both systems were mounted on an EOS R400S Mk2 Remote Weapon Station and validated that neither weapons’ employment adversely affected the other’s performance. EOS and the Javelin Joint Venture, a partnership of Raytheon Technologies (NYSE: RTX) and Lockheed Martin (NYSE: LMT), worked together to fully integrate Javelin with the EOS remote weapon station within 10 months.

“This was an exceptional opportunity to fire one of the most lethal anti-tank missiles in the world in conjunction with a 30mm chain gun to validate that they are completely interoperable.” said BG (Retired) Phil Coker, CEO for EOS Defense Systems USA. “The ability to effectively counter any maneuver threat on the modern battlefield is a significant advantage to an Army that has to deploy to any fight.  At the same time, the capacity that the R400 offers to clearly identify friend-from-foe at the Javelin’s max range is an advantage that few other systems offer.”

The R400S is in full-rate production and is currently in use by six allied nations. The system can be mounted on a broad range of fighting and support vehicles, both wheeled and tracked.

Javelin was first deployed in 1996, and has been involved in more than 5,000 engagements by U.S. and coalition forces.

About EOS Defense Systems USA: EOS Defense Systems USA, Inc. is a US company headquartered in Huntsville, Alabama.  EOS' parent company, Electro Optic Systems PTY Limited is an Australian company that has been at the forefront of the development of remote weapon stations since 1993.  EOS is an industry leader in Remote Weapon Station technology and continuously invests to improve currently fielded and developing stations.